Excerpt: The Good, The Bad, and The Duke 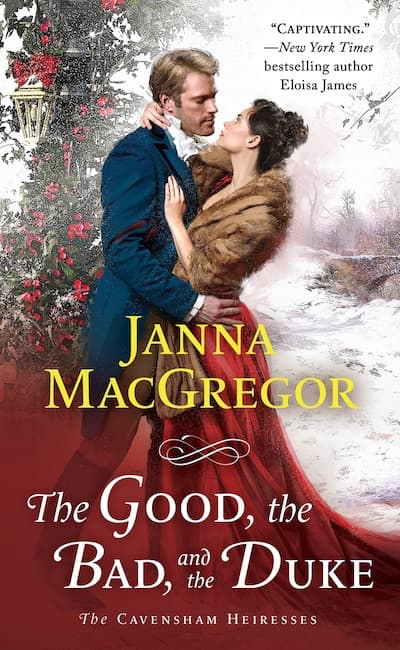 “Your Grace, we’re honored to have you this evening.”

“Good evening, Mr. Reynolds. I’m here to pay an old note I discovered in my account books,” Paul drawled in the most bored, aristocratic voice he could summon. Anxious to leave the soul-rotting establishment, he wasted little time with pleasantries. “Would you lend some assistance . . .”

His words trailed to nothing when his gaze fixed on a corner where the partially concealed majordomo stood embroiled in a heated discussion with a woman who had her back turned to Paul. Dressed in a white gown better suited for an Almack’s affair, she gesticulated quickly as she spoke. If the major-domo moved an inch closer, she would hit him with her hands as she made her point.

The man towered over her as he shook his head. Instead of intimidating her, it seemed to have the opposite result and incited another round of arguments from the young woman. Whoever she was, she would shortly be leaving the Reynolds. They only allowed men in its hallowed halls. If she was looking for a place to gamble, she’d have better luck at the Beauchamp House, where women and men were free to play together.

The majordomo had started to sputter in outrage at her latest comment. Paul’s gaze strayed to her velvet dress, which emphasized her straight backside and hugged her plump, perfectly shaped bottom, which begged for a man’s touch. Whoever she was, she was simply magnificent in her demeanor. Paul couldn’t tear his eyes away from the lovely vision with ebony hair tucked in an elegant chignon.

Completely ignoring the majordomo, she glanced at the side exit leading to the kitchen. The instant he caught her profile, Paul’s stomach dropped in a free fall. The curve of her exquisite cheek and the tilt of her lovely head held him spellbound. With the faintest of fragrances wafting his way, the allure of her scent captivated him.

He knew that woman.

What in the devil’s name was Lady Daphne Hallworth doing in the Reynolds?

If she had to spend the night in the gaming hell, Daphne would find a way to enter the Reynolds kitchen before the sun rose the next day. It was beyond the pale that she had to argue with an overgrown baboon disguised as a man in formal livery two sizes too small.

“Women aren’t allowed here,” warned the majordomo. He had the audacity to take her by the arm and pull her toward the back of the building.

She dug in her heels and twisted away from his formidable bulk. “Please. I just need to see the kitchen. If he’s here, I won’t take but a minute.”

“He isn’t here, miss. Garland works here as a runner in the evenings. Most of that time he dawdles in the kitchen with the cook Elsie. He’s always hiding in her shadow begging for food. Tonight, he and Elsie have the night off.” The majordomo snorted. “Now listen here, I’m not above throwing you out myself if you won’t leave on your own accord.”

“Now just a minute, sir,” Daphne interrupted. “I happen to be—”

“Lady Moonbeam,” a voice behind her announced. “My escort for the evening.”

The deep sound wrapped around her in a polished smoothness that reminded Daphne of a calm bay at night off the Adriatic Sea. It was smooth as glass, but she knew that beneath the surface there lurked unfathomable danger. The Duke of Southart could blow everything out of the water for her with one word or command.

Why had she even wanted him to be here?

She turned and faced him. He moved in front of her and blocked the view of the gaming room. His cool gaze locked on hers, and the slight smile made him even more handsome than she remembered. Lit from within, his eyes blazed with a hint of temptation or mayhap seduction.

Most likely, it was just surprise.

Daphne exhaled and pushed her consternation aside for another day. She had to find the kitchen. The cook would know the whereabouts of the boy.

“Come, Moonbeam,” Paul whispered. He’d leaned close enough that she could smell his fresh, clean sandalwood scent. He extended his arm in a command for her to take it, then directed his attention to the major baboon. “Why don’t you alert my footman that Lady Moonbeam and I are ready to retire for the evening.”

“Yes, Your Grace.” The majordomo nodded and snapped his fingers at one of the myriad of attendants who worked the floor of the gambling hell. As if a piece of rubbish, he held Daphne’s cloak between two fingers. She reached for it, but Paul easily intercepted it and casually laid the black wool garment over his arm.

Before she could say a word, the summoned attendant was halfway out the door.

She and Paul faced each other like two ships ready to commence fire on the open seas. “You had no right to interfere.” She ignored Paul’s offered arm, and there was enough hiss in her voice to alert him that she wasn’t happy. “And quit calling me that ridiculous name.”

Paul grinned, and it transformed him from an arrogant aristocrat accustomed to getting his way into a man who took her breath away. Without taking his eyes from hers, he addressed the majordomo. “My good man, you’ve seen what type of mood she’s in. Might there be a place where Lady Moonbeam and I might have an intimate conversation for a few minutes before the carriage is brought to the door?”

“Of course, Your Grace. If you and Lady Moonbeam will follow me.”

Paul waited until the majordomo shut the door to the private room before he addressed Daphne. “Imagine my surprise and pleasure to find you standing in the middle of the Reynolds. Unfortunately, for both of us, women aren’t allowed, and there’s no exception for the sister of the Marquess of Pembrooke.” With a purposeful insouciance, he strolled to the side table against the wall where an open bottle of chilled champagne waited for him. He’d say one thing for the Reynolds brothers—they took care of their guests whether expected or not. “May I pour you a glass?”

“No, thank you.” Daphne straightened her shoulders.

Her prickly mood and appearance reminded him of an inquisition, and he was the examiner.

Interesting, since he hadn’t asked her a single question—yet. He poured a glass and, without taking his eyes from hers, took a sip. An excellent vintage, but too sweet for his tastes. He much preferred the brut variety, so he replaced the glass. “Moonbeam, I thought with our history, you’d share without me having to ask.” He feigned a sigh and placed his hand over the middle of his chest.

“Please stop calling me Moonbeam.” She tipped her head and regarded him like an unwanted interruption. “To answer your question, I’m looking for someone.”

“Aha.” Though he said it in a lighthearted manner, his stomach twisted at her confession.

The thought that Daphne Hallworth would risk her reputation for some reprobate who frequented a place such as the Reynolds made him want to curse the vilest oaths he could conjure. There wasn’t a single man in the place he’d allow to attend her.

Shocked at the intensity of his feelings, he drew a deep breath. The only reason for such a strong reaction had to be his protective instincts. He was simply concerned for her welfare much like a brother. Granted, he’d seen her at Langham’s house and at a handful of social events, but they barely spoke. Yet she’d always left an indelible impression on him. The reason didn’t escape him. She was striking.

He shook his head to clear such inane thoughts. He would never ever in his entire life as a reprobate consider Daphne Hallworth a sister. “Who is it?” He asked the words with a nuance designed to learn her secrets.

“No one you would know.” She turned toward the door. “I’ll leave you to your evening, Your Grace.”

“Stop, please. Someone might recognize you.” In a stealth move, he followed her. By the time she’d twisted the knob, he rested his palm against the door, thwarting her escape. “Moonbeam, you can’t go out there without a proper escort. Where you go I go.”

She turned around and flattened her back against the door in a show of defiance. “Please, I would hate to ruin your plans or festivities.”

The urge to whip out a witty quip fell silent when he caught Daphne’s gaze. She looked like a devil’s angel with her dark hair, ethereal silver eyes, and those strawberry-colored lips. Any sin she offered, he’d have no hesitation rising to the challenge.

He leaned in close. Her chest rose and fell with a rhythm that drummed like a well-crafted metronome, and his heartbeat joined into the melee with abandon. Daphne’s warmth and her delightful scent of lavender and woman transformed into a witchery he couldn’t resist. He drew nearer until his breath mingled with hers.

“You’re not ruining anything.” He lowered his voice. “In fact, my night became much more interesting since a beautiful moonbeam appeared.” Her allure called to him, and powerless to resist, he brushed his fingers against her cheek. The silkiness of her skin could soothe the most savage and jaded of beasts.

Her black lashes drifted down when she leaned just a fraction closer. His chest swelled in response. She was affected as much as he was.

“Shall we sit until your carriage is ready?” Her breathless sigh was a welcome distraction and indicated her wariness was fading.

“After you.” Taking several steps back, he swept his arm toward a matching pair of club chairs that faced the fire. Her quick acquiescence meant it would take little effort on his part to find out whom she intended to meet.

A gentle smile adorned her face and locked him in place. She charmed him in returning one to her. When she held her smile a little too long, he instantly recognized his mistake. With her hand behind her, she opened the door and flew down the hall without a look back.

“Bloody hell,” he muttered. If she returned to the game floor, her reputation would be in tatters if some lowlife libertine recognized her. There was only one thing he could do—he gave chase.

He, the Duke of Southart, had to catch a moonbeam.

Return to The Good, The Bad, and The Duke 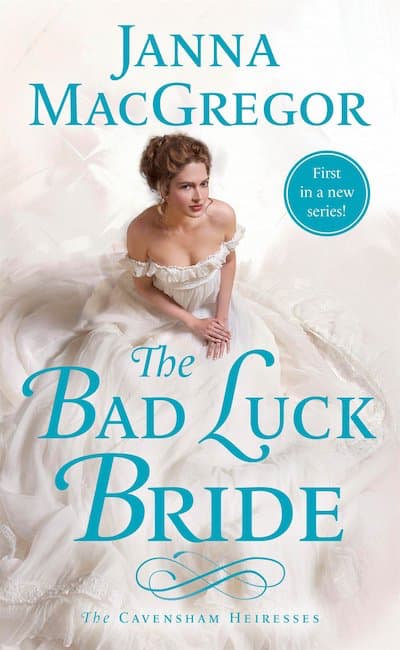 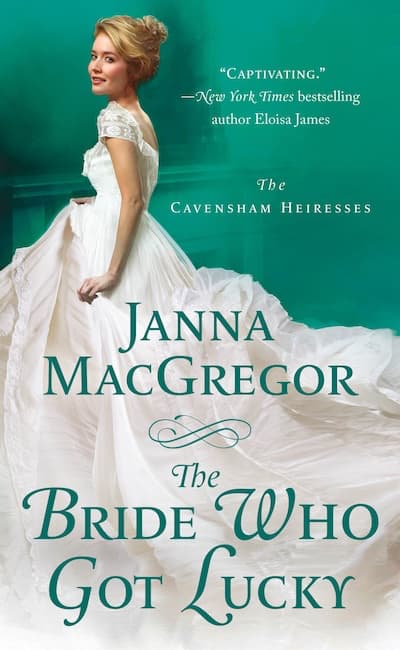 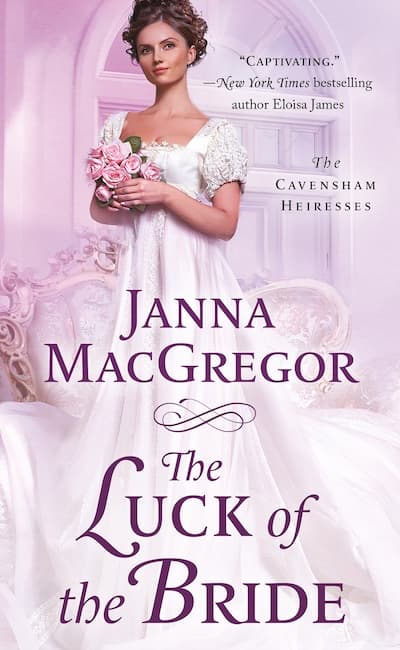 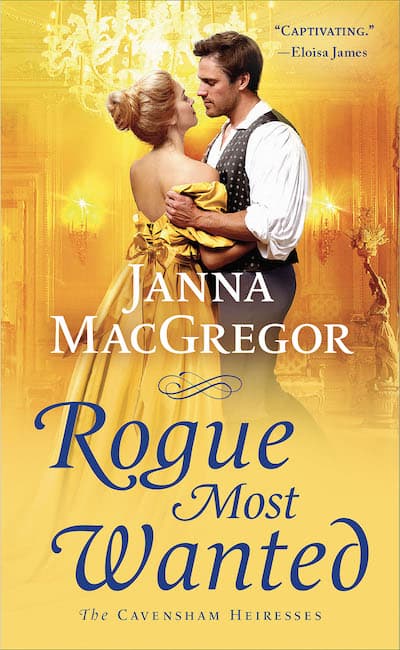 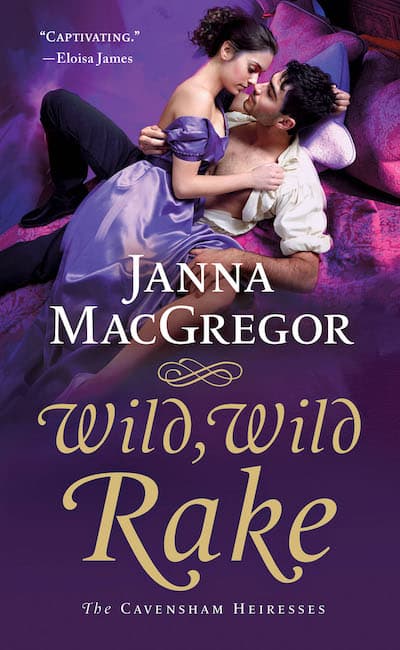